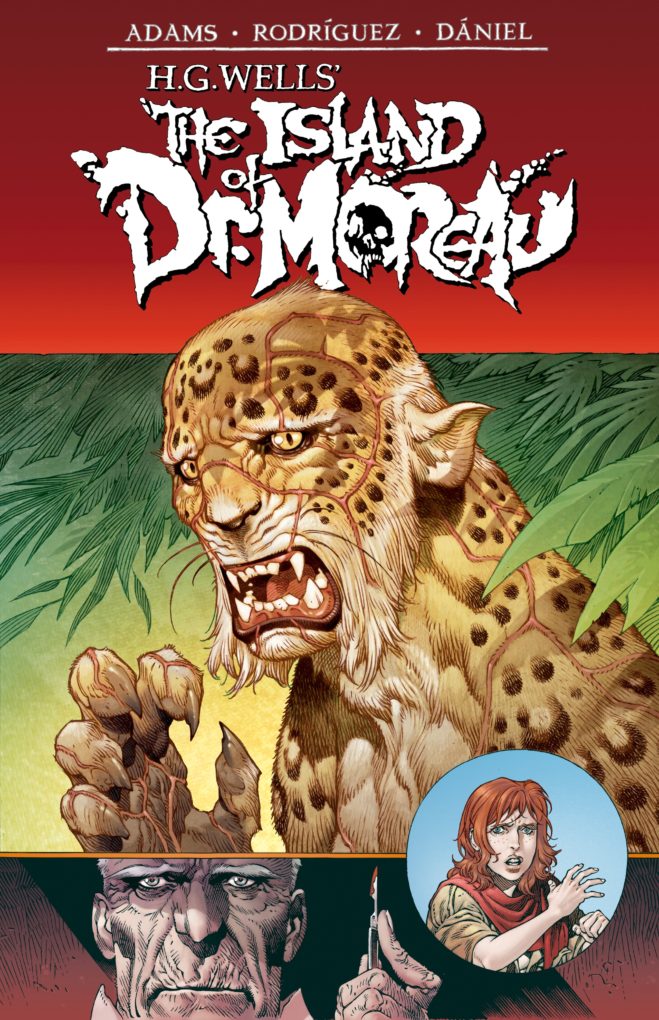 In Star Pig, 16-year old American girl Vess is sent away space camp—in literal space—when an accident sends the ship hurtling into a vacuum. When Vess and her Discman are rescued by a space-faring water bear, she begins a journey inspired by a 90’s-era playlist. The four issue miniseries is written by Delilah Dawson and illustrated by Francesco Gaston.

Delilah Dawson, who participated in the panel, had this to say about her new series:

IDW founder and Diablo House writer Ted Adams will collaborate with Locke and Key co-writer and illustrator Gabriel Rodriguez in a reimagining of Jules Verne’s The Island of Dr. Moreau. The two-part comic will feature double-page spreads and a gender-swapped protagonist by the name of Ellen Prendick.

The Beat Staff is an elite group of trained ninjas.