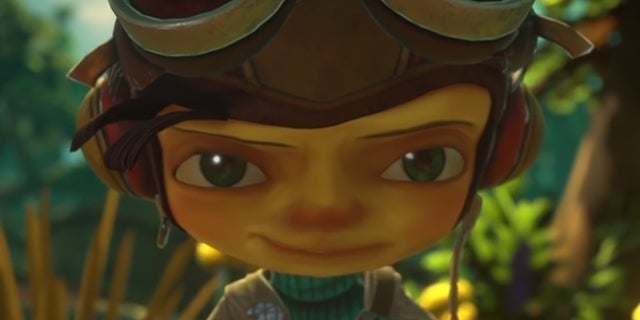 One game that has remained largely in the shadows for over a year at this point is Double Fine’s long-awaited sequel to Psychonauts. The game entered production after successfully completing a crowdfunding campaign, but it was soon thereafter revealed that Psychonauts 2 was delayed until at least 2019. That said, it has officially been announced that there will be a panel at this year’s E3, which is less than three weeks away, and a Psychonauts 2 demo will be present along with original creator Tim Schafer and the one and only Jack Black.

It was revealed earlier by the official E3 Twitter account that a “special panel” will be present at the E3 Coliseum. The tweet also makes mention of the fact that both Schafer and Black will be in attendance. It is unknown at this time why Black will be on hand, but it will surely find its way to the JablinskiGames YouTube channel. Then again, it is entirely possible that the actor and musician has a part in the game as he and Double Fine have worked together before on Brutal Legend.

Just announced: Join @timoflegend and @jackblack for a special panel and demo of Psychonauts 2 only during #E3Coliseum. https://t.co/QOa74rVCXB #E32019 pic.twitter.com/q6SCX5Tjn0

As some of you may remember, Psychonauts 2 received its first official trailer during The Game Awards back in December, which was surely a delight to many fans. For more on the production of the highly anticipated sequel, per the game’s Fig page:

“To make a true sequel to Psychonauts, we’ll need the same brains who worked on the original to join us again. That’s why we’re getting the band back together! Of course, Tim Schafer will be leading the project, but we’re also going to be working with several key collaborators from the original Psychonauts!

“Artists Scott Campbell, Peter Chan and Nathan Stapley will be returning alongside composer Peter McConnell to contribute their unique visual and musical styles. Erik Wolpaw will also be making a comeback to collaborate on story and dialogue. Both Richard Horvitz and Nicki Rapp have promised to return to voice Razputin and Lili, with Khris Brown lined up to direct them again.

“Last but not least, Psychonauts 2 will be developed in house by the award-winning team here at Double Fine which still include members of the original Psychonauts team—Anna Kipnis, Bert Chang, Dave ‘Rusty’ Russell, Geoff Soulis, Kee Chi, Malena Annable, and Ray Crook.”

Psychonauts 2 is currently in development for PC and consoles, but it is without a concrete release date. Here’s to hoping we learn everything we need to know at E3 next month.

Have you subscribed to ComicBook Nation, the official Podcast of ComicBook.com yet? Check it out by clicking here or listen below.

In this latest episode we talk about the new Batwoman trailer, Kofi’s review of John Wick Chapter 3, and do a deep dive into WWE Money In The Bank! Make sure to subscribe now to never miss an episode!

Also! Check out our BONUS episode featuring our take on the BIG Game Of Thrones Finale.

What do you think of the casting? Hit us up on Twitter using the hashtag #ComicBookNation

Nintendo Switch Update 10.0.4 Released, Here’s What It Does
Borderlands: The Handsome Collection Won’t Be Free for Much Longer
Re:Zero Gets Spin-Off Game For Switch/PS4/PC!
Fortnite Lawsuit Over Running Man Emote Gets Dismissed
Animal Crossing Players are Celebrating Wedding Season in Delightfully Wholesome Ways