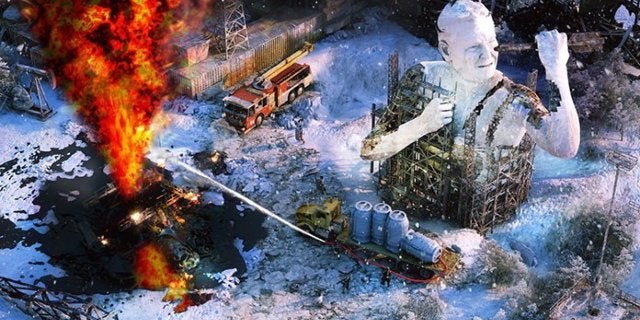 Many gamers know the Wasteland series as the one that really brought the post-apocalyptic genre to light in the video game industry. That was 31 years ago, and while it took 26 years for a sequel to arrive, it would appear it has taken considerably less time for the devs to bring forth a third entry in the franchise. Wasteland 3 will place players in a post-apocalyptic Colorado and let them try their hardest to survive the elements, not to mention the locals that surely won’t be taking too kindly to your arrival.

“The legendary series, which pioneered the post-apocalypse genre in video games, returns players to the role of Desert Rangers, lawmen in a post-nuclear world working to rebuild civilization from the ashes,” reads the description. “Trading the dry, dusty heat of the American southwest for a perpetually frozen Colorado, Wasteland 3 features a number of chilling new locations where the Rangers receive an even frostier reception from the locals.”

For even more on Wasteland 3, here are some of its key features:

Wasteland 3 is currently without a release date, but it will be coming to Linux, Mac, PlayStation 4, Xbox One, and Windows when it does arrive. You can find out more by going to the game’s Fig page.

What do you think about all of this? Are you excited for a third Wasteland title? Sound off in the comment section below, or feel free to hit me up over on Twitter @anarkE7!

On today’s episode, we dive way deep into all the big announcements that came out of E3. All the Pokemon Sword & Shield news you could ever want and some Pokemon GO news too! Make sure to subscribe now to never miss an episode!