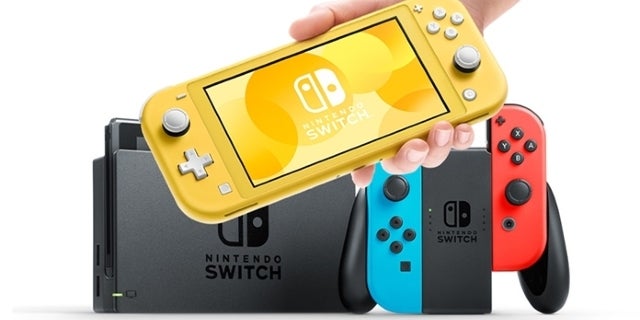 Nintendo finally unveiled the long-rumored smaller version of its hit portable console earlier, and fans seem to be enjoying the idea of the Switch Lite. While it acts very similar to the original Switch, there are definitely some key differences, such as the controllers not being detachable, the device having a longer-lasting battery, being all around smaller, and more. One of the big things fans have likely been wondering about, due to the device only being able to be played in handheld mode, is the video games that will be available on the platform. We already know that all Switch games can be played on the Lite, but some will require outside peripherals. That said, Nintendo of America President Doug Bowser has discussed how the company will tackle development for games on each device.

Speaking with TIME, Bowser mentioned how the company will move forward with making games for both the Switch and the Switch Lite. “Our developers will be very focused on the Nintendo Switch flagship device, and building games that utilize the capability of that machine,” Bowser said. “With the vast majority of existing games already compatible with both devices, that shouldn’t be as much of an issue. But we really want [developers] to focus on making sure that there are great gaming experiences on both platforms.

During the same discussion, Bowser also noted how the two devices are meant to complement one another, “really offering consumers functionality, color and price point options to help them pick the system that best suits how and where they prefer to play.”

The Nintendo Switch Lite will be arriving on September 20th for $199.99. For even more information on the upcoming device, check out some of our previous coverage.

What do you think about all of this? Will you be picking up a Nintendo Switch Lite for yourself? Sound off in the comment section below, or feel free to hit me up over on Twitter @anarkE7!

On today’s episode, we talk about Pokemon Masters, Pokemon Sword & Shield drama, and some new additions to the Pokemon Trading Card Game! Make sure to subscribe now to never miss an episode!