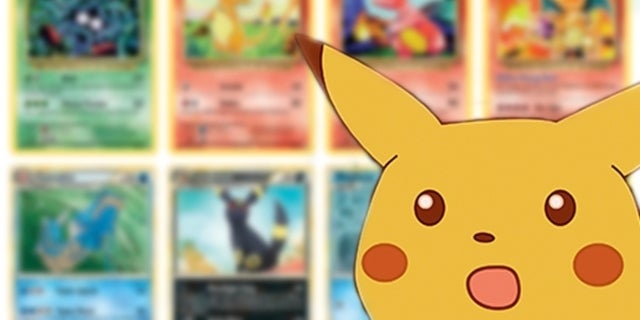 Collectibles are always a hit or miss when it comes to selling for big values years from the original purchase date. This is especially true when it comes to trading cards, whether it’s baseball or basketball cards, all the way to the likes of Pokemon and Magic: The Gathering. That said, Pokemon cards have begun to increase in rarity and value over recent years, so when a Trainer No. 3 card pops up and sells for a whopping $60,000, fans around the community take notice. However, it would appear that the card never reached its destination as it somehow got lost in the mail.

The rare Pokemon card came into the possession of eBay seller pokemonplace, who then chose to sell it on the popular auction site. They ended up selling it for $60,000 back in 2018, but after releasing it into the care of the USPS with insurance at $50,000, it was never seen again. So, what happened?

“My responsibility was to ship the card to Aramex […] a middle man company that then ships the card to the buyer,” pokemonplace told Polygon. “The tracking information I have was with registered mail and shows tracking and a signature. Aramex claims they haven’t received it and signed for a bulk lot.” Unfortunately, due to the fact that the lot was signed for, pokemonplace is unable to file an insurance claim, meaning the card is truly gone unless someone comes forward if it was indeed stolen.

As pointed out by smpratte in the video above, it’s unknown what exactly happened to the super rare Pokemon card. However, if it was stolen by somebody in the shipping process, it won’t be worth much to them as it cannot be resold due to it being a well known card that is registered in a directory. What makes this card so valuable is because it was given to the third-place winner in the 1999 Pokemon competition Super Secret Battle in Japan. Needless to say, this card is probably not in your collection.

Pokemonplace has put out a $1,000 bounty for any information regarding the whereabouts of Trainer No. 3.

What do you think about all of this? Could you imagine not getting the Pokemon card that you paid $60,000 for? Sound off in the comment section below, or feel free to hit me up over on Twitter @anarkE7!

On today’s episode, we talk about the new Pokemon added to Sword & Shield, why some of them are creepy, and why some of them are awesome. We also cover a $60K Pokemon card that got lost in the mail and MAJOR changes coming to Pokemon GO! Make sure to subscribe now to never miss an episode!

Class 1-A is on its own in the MY HERO ACADEMIA: HEROES RISING dub trailer
Xbox Game Pass Adds 6 New Games
Fortnite Chapter 2 Season 2: How to Unlock Scanner Doors and Chests
Recap: BATWOMAN S1E12: “Take Your Choice”
New Video Games Out This Week: Hunt Showdown, Vanquish, and More