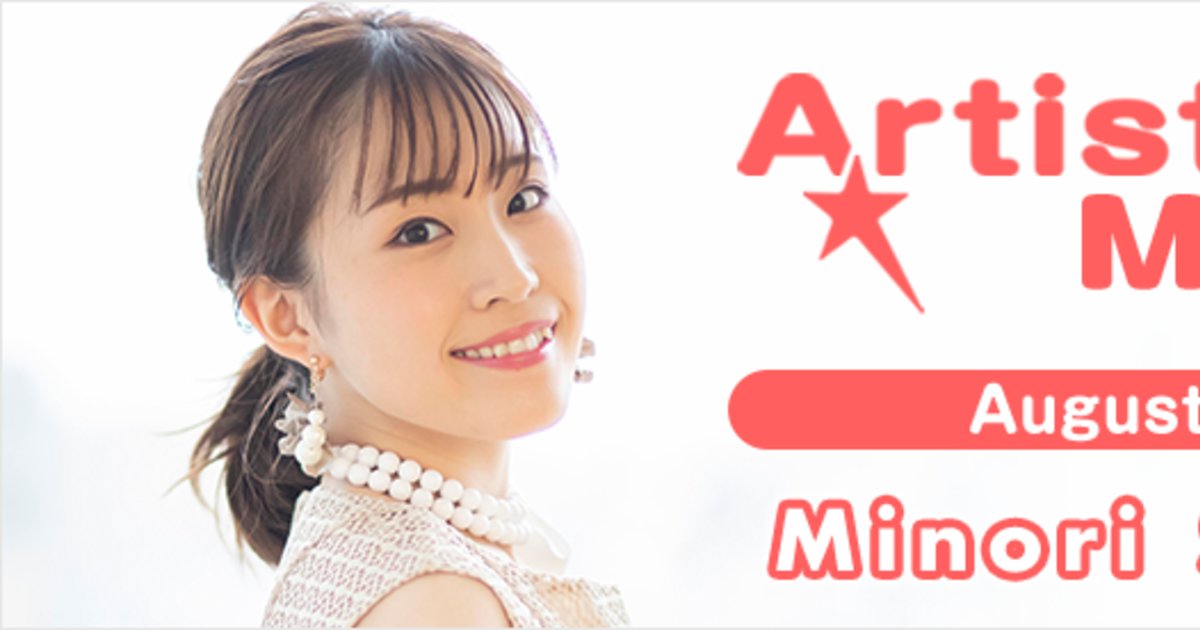 Voice actress and singer Suzuki Minori has been selected as ANiUTa’s artist of the month for August 2019!

Suzuki shot to fame after participating in an open audition for popular mecha anime Macross Delta at the age of 17. Having taken the top place over more than 8000 other hopefuls, she won the main role of Freyja Wion, a member of in-series idol group Walküre.

Suzuki then went on to participate in a series of singles as part of Walküre, the first of which included the show’s opening theme “Ichido Dake no Koi Nara” and ending theme “Rune ga Pikatto Hikattara”. She also made her solo debut in 2018 with “Feeling Around”, the opening theme of Ms. Koizumi Loves Ramen Noodles, and has continued to both play voice acting roles and sing for various popular anime series and games, including Cardcaptor Sakura: Clear Card, A Certain Magical Index III, and THE [email protected] Cinderella Girls.

Hear some comments from Suzuki herself on her summer song recommendations and her upcoming single, “Dame wa Dame”!

You can also find out more about Suzuki Minori via the ANiUTa app, which gives subscribers access to an Artist of the Month feature page containing exclusive in-depth interviews, playlists and more! ANiUTa subscriptions are available through TOM Premium, which gets you access to tons of top quality anime songs plus all TOM Premium benefits.