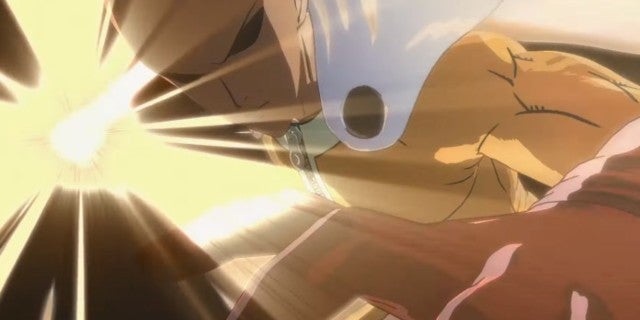 One-Punch Man is one of the most popular action manga and anime franchises running today, and fans were excited to see that it will soon be making its full console video game debut with One Punch Man: A Hero Nobody Knows. But one of the biggest question fans had for the new fighter was just how the supremely strong hero Saitama would be used considering that all of his fights end with a single punch.

It seems that Bandai Namco and Spike Chunsoft have found a clever work around with a special mode revealed in the newest trailer released for Gamescom 2019. This sees a new mode in which players will fight in 3 vs. 3 battles until Saitama shows up to save the day.

As seen in the series itself, the Free Battle Mode of the game will pit characters against one another in teams of three and each player will have to choose a character “at the right time to stand as victor” according to Bandai Namco. As they explain (via Gematsu):

“In order to harness Saitama’s insane strength, the game will also introduce a unique concept in this mode—The Hero Arrival System. Players will have to meet a number of criteria if they want to play as the strongest hero. In order to make Saitama selectable, they will need to choose two fighters first. When the fight begins Saitama’s team will have to survive until his arrival despite the numerical disadvantage. Combos or perfect guards will remove time on the counter. When the Caped Baldy finally enters battle, one punch should be enough to pacify any situation!”

It sounds like in order to get around Saitama’s invincible strength, players will have to really work to unlock him in battle. It’s a pretty fun spin on what would be a quick end to each fight in normal circumstances.

One Punch Man: A Hero Nobody Knows does not yet have a release date, but it’s scheduled to be released on the PlayStation 4, Xbox One, and PC platforms. Fans can currently check out One-Punch Man‘s first two seasons on Hulu, and on Crunchyroll outside of the United States. The second season ran for 12 episodes, and is directed by Chikara Sakurai (Naruto Shippuden episode director) for new production studio J.C. Staff. Yoshikazu Iwanami serves as sound director, and Chikashi Kubota contributes new character designs.

On today’s episode, we’re reminded just how big the Pokemon brand is. We’re also talking Gene Simmons and what he had to say about his new Pokemon counterpart as well as what Pokemon we want to see get a regional form in Pokemon Sword and Shield! Make sure to subscribe now to never miss an episode!