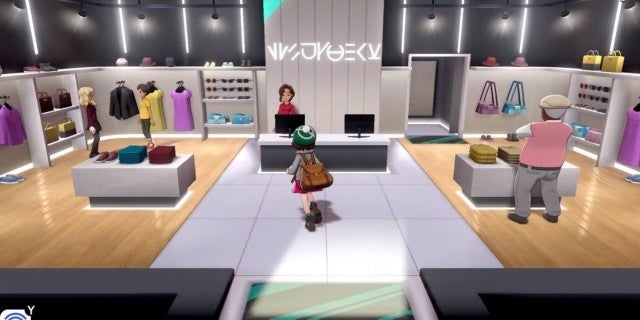 Pokemon fans are freaking out about a potential autosave feature in Pokemon Sword and Shield. Last week, the Pokemon Company released over three minutes of new footage detailing some of Pokemon Sword and Shield‘s new features, including two new Pokemon, the ability to change clothes, a new Pokemon Camp feature, and the ability to cook curry for yourself and your Pokemon. However, a stray piece of text that appeared for less than a second has Pokemon fans freaking out, as it strongly hints that the upcoming games will have an autosave feature.

Since the beginning of the franchise, Pokemon games have featured a single save file that players can overwrite at any time. Players have used this save feature mainly to reset their games when they want to redo a Pokemon encounter – either because the Pokemon has bad stats, a bad nature, or because it isn’t Shiny. For instance, players would save in front of a Legendary Pokemon encounter before entering and then “soft reset” the game if it isn’t Shiny, saving tons of time during their oftentimes lengthy Shiny Hunts.

An autosave feature would be a gamechanger for the Pokemon franchise, mainly because it would take away the option of quickly resetting the game when a player needs to redo a Pokemon encounter for whatever reason. While autosaving would keep players from losing valuable progress due to a low battery or another unexpected shut-off, many players believe that the feature is totally unwarranted and only serves to hinder how they want to play Pokemon Sword and Shield. Coupled with the news that Pokemon Sword and Shield won’t have all 800+ species of Pokemon in the game, players could be in for a very different Pokemon game experience.

Pokemon Sword and Shield comes out on November 15th.