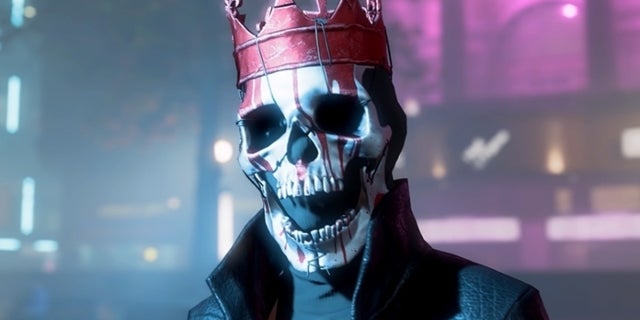 Watch Dogs Legion was officially revealed at this year’s E3, and from what Ubisoft showed off, fans have been interested and excited to see what the game exactly has to offer. After all, it is not everyday that a game is revealed where players can assume the role of any given NPC they encounter. That said, art director Josh Cook recently spoke during a Ubisoft community event about the upcoming experience, touching on subjects such as the permadeath feature that is part of the game as well as the replayability of it all.

“Something else within that city that maybe people really don’t know about know about is the locations are recastable,” Cook said. “To make a complex system like play as anyone work, we have to have that opportunity to return to different places and do different things; so you might see the E3 demo, where you’re sent to Scotland Yard to perform an objective. If I was to do that mission again with a different person, it might be sending me somewhere else. It might be sending me to Camden police station, or down to the one in Nine Elms or over to MI6. The locations and the world are very diverse and recastable, so we have a huge amount of potential for replayability within our version of London.”

In case you don’t know what to expect from Watch Dogs Legion when it arrives next year, here’s more:

“In the near future, London is facing its downfall: the people are being oppressed by an all-seeing surveillance state, private militaries control the streets, and a powerful crime syndicate is preying on the vulnerable. The fate of London lies with you, and your ability to recruit a resistance and fight back.

“Watch Dogs Legion delivers a never-before-seen gameplay innovation that allows you to recruit and play as anyone from the entire population of London. Anyone you see can join your resistance and has a unique backstory, personality, and skillset.

“Unlock unique perks to personalize each member of your Legion according to your playstyle. Level-up each character within classes such as Hacker, Infiltrator, and Assault. Customize them further with unique outfits and iconic masks.”

Watch Dogs Legion is set to officially arrive on March 3, 2020 for Google Stadia, PC, PlayStation 4, and Xbox One. For even more on the upcoming title, check out some of our previous coverage.

What do you think about all of this? Are you excited to dive into Watch Dogs Legion next year? Sound off in the comment section below, or feel free to hit me up over on Twitter @anarkE7!