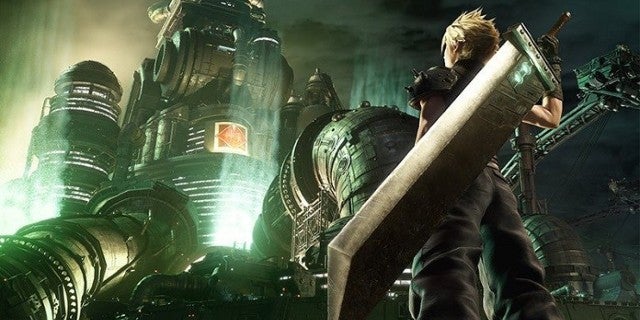 A new trailer for Final Fantasy VII Remake, tied to its showing at Tokyo Game Show this week, is now out, and it’s absolutely full of new information for the game. Not only does the trailer show off the first look at a number of the Turks, Shinra’s special agents, but it also features Ifrit and Shiva, minigames, and more. And that includes what looks like Don Corneo. Yes, really.

In just under three minutes, the new trailer manages to cover a broad swath of content from the beginning of Final Fantasy VII, including but not limited to taking on various Shinra goons, fighting the Turks, and even what looks like the beginning of the Don Corneo mission. The very end of the trailer, however, is a bit more somber, and appears to show an incredibly devastating moment from the game after the Sector 7 plate falls on the slums below, leaving the surviving members of AVALANCHE silent.

The evil Shinra corporation rules the world with an iron fist & continues to spin its web of lies. Have the rebels, known as Avalanche, bitten off more than they can chew?

Get your first look at Shinra’s agents, powerful summons, and much more in this trailer from #TGS2019 #FF7R pic.twitter.com/Yeb23Mz20o

What do you think of the new Final Fantasy VII Remake trailer? Are you looking forward to it even more than before? Any specific moments that cuahgt your eye? Let us know in the comments, or hit me up directly on Twitter at @rollinbishop to talk all things gaming!