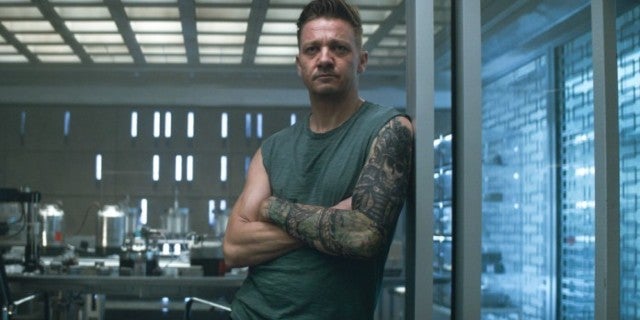 Though he’s a superstar thanks to his roles in the Avengers, Mission: Impossible, and Jason Bourne movies, Jeremy Renner seems like a simple man with simple pleasures. He’s a purveyor of the arts, with a certain penchant for acting and music. He also enjoys the outdoors, including hocking some wares on the world’s largest online retailer. And he also likes to interact with his fans, though that endeavor ended sadly when the official Jeremy Renner App was unceremoniously shut down, tainted by schemes of unscrupulous trolls.

That one act must have been heartbreaking for Renner, unfathomable to us mere mortals, but now we too can know what it’s like to be Icarus on an ill-fated flight through the sky thanks to the developers of The Jeremy Renner App Experience, a choose-your-own-adventure game/visual novel that puts you in the man’s shoes on the most dire of days.

The interface of the app looks like a cellphone — Renner’s cellphone, to be exact. And you get the choice of how you want to spend your day, eventually faced with hard truths and harder decisions regarding the perversions of the Jeremy Renner app.

Renner made a lot of fans and trolls disappointed when he made the decision to shut down the app, issuing a heartbreaking statement about how the experiment all went wrong.

“The app has jumped the shark. Literally,” the message reads. “Due to clever individuals that were able to manipulate ways to impersonate me and others within the app, I have asked EXCAPEX, the company that runs this app to shut it down immediately and refund anyone who has purchased and stars over the last 90 days. What was supposed to be a place for fans to connect with each other has turned into a place that is everything I detest and can’t or won’t condone. My sincere apologies for this to have not turned out the way it ws intended. To all the super-fans who have supported me with your words or encouragement, amazing art, stories, and time shared on the app, a genuine thank you and I hope to see you on Instagram, Twitter, YouTube, and Facebook.”