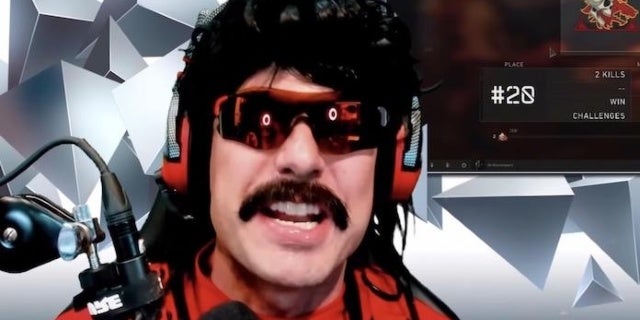 Dr Disrespect isn’t just famous for being the Two-Time video game champion, he’s also famous for his explosive tirades and for roasting anyone who goes after him. That said, one viewer recently learned just how savage the Doc can be during a recent stream. More specifically, during a recent Ghost Recon Breakpoint stream, a viewer made a sneering comment about the Two-Time and his age, mockingly calling him “grandpa.” As you would expect, the streamer — 37 — wasn’t having any of it. The moment he read the comment aloud, he burst into a classic Dr Disrespect harangue.

“Getting tired grandpa?” read the streamer with a deriding tone meant to be the viewer. “I’ve never even played a sport in my life, I don’t know how to breathe heavily or run a mile under 10 minutes. But I can come on your channel and call you an old granpda.”

Responding, Dr Disrespect noted he could — literally — jump kick the viewer in his chest.

“Right now I’d jump kick you right in your f*****g skinny a** chest, and you wouldn’t do “s**t about it. You see what I’m saying, ” said the streamer. “You hide behind your keyboard. You can get away with it, across the other side of the world. And trust me you don’t affect me one bit. But reality check, you wouldn’t say that to my face, and that’s the most gratifying thing about it.”

As you may know, it’s pretty common for Dr Disrespect to verbally spar with his more rowdy viewers. In fact, it’s part of the reason so many people tune in to watch him. In other words, there’s a good chance the viewer did this just to get the reaction out of the streamer, and the Doc was more than happy to oblige, after all, this type of stuff is his bread and butter. That said, if you see Dr Disrespect in person, do yourself a favor: don’t call him grandpa, because I don’t think he was kidding about that drop kick part.

For more on Dr Disrespect, be sure to peep all of our previous coverage of the streamer by clicking right here.