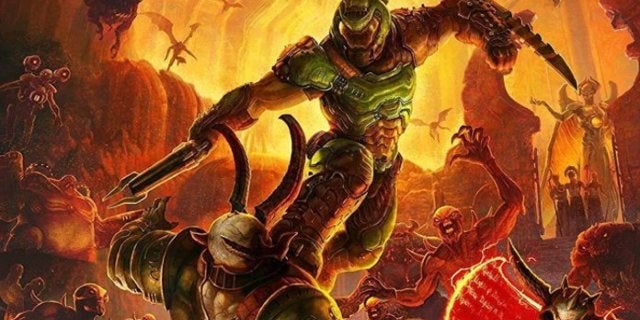 Today, id Software announced that the release date for DOOM Eternal would be shifted from November 22nd to March 20th, 2020 in order to polish the game and “deliver a gaming experience that is worth the wait”. To compensate for the delay, id also announced that a free copy of DOOM 64 would be added as a free pre-order bonus for DOOM Eternal on the PlayStation 4, Xbox One, and Nintendo Switch.

While the delay might be disappointing to fans, you can’t fault id Software and Bethesda for wanting to deliver the best product out of the box. Plus, the addition of DOOM 64 is a nice touch – and that comes on top of the Rip and Tear Pack bonus and the current deals on pre-orders. At the time of writing, the standard edition of DOOM Eternal is available at Walmart for $49.94 for the PS4, Xbox One, and PC for $49.94 (17% off). Amazon currently has the deal for the PS4 and PC. Pre-orders via Best Buy are also $10 reward eligible, and this includes the Nintendo Switch version, which will be released after the others according to id Software’s official statement below. You’ll also notice details about a new Invasion Mode:

An update on DOOM Eternal: pic.twitter.com/2LWrfh6e4Z

As for what DOOM Eternal is all about, here’s more:

“Developed by id Software, DOOM Eternal is the direct sequel to DOOM, winner of The Game Awards’ Best Action Game of 2016. Experience the ultimate combination of speed and power as you rip-and-tear your way across dimensions with the next leap in push-forward, first-person combat. Powered by idTech 7 and set to an all-new pulse-pounding soundtrack composed by Mick Gordon, DOOM Eternal puts you in control of the unstoppable DOOM Slayer as you blow apart new and classic demons with powerful weapons in unbelievable and never-before-seen worlds.”

Note: This is not a sponsored post, but if you purchase one of the awesome products featured above, we may earn a small commission from the retailer. Thank you for your support.