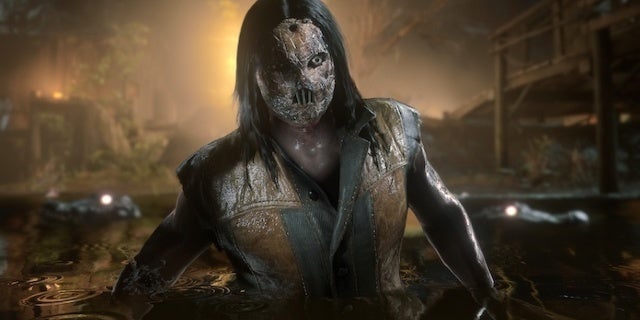 Red Dead Online’s new legendary bounty is now live on PS4 and Xbox One, and this time Rockstar Games has you tracking down the anarchist agitator and former military sharpshooter named Sergio Vincenza, who defected from the military. Since illegally leaving the military, Vincenza has been on the run, and he’s apparently causing trouble. That said, it seems no one is taking the gamble on trying to bring him in. Why? Because his accuracy with a rifle is the stuff of legends. The ex-soldier is held up in a fire tower in Roanoke Ridge after a botched assassination attempt on the Governor of Saint Denis. However, not only is Vincenza deadly enough to make the mission very risky, but he has highly-trained ex-military rolling with him, who have reportedly rigged the hills with traps and explosives.

WANTED: Dangerous military defector Sergio Vincenza is on the loose.

In addition to the new Legendary Bounty, Wheeler, Rawson & Co. have a new selection of clothing available for a limited time, including the Folwell and Dillehay hats, the Prieto Poncho, Eberhart Coat, the Morales Vest, and Carver Pants. Meanwhile, this week’s featured Free Aim series is Name Your Weapon. In this, the more lousy weapon you use to off an opponent, the more points you will earn.

The game is also starting to get into the Halloween season with the new Slaughter Mask, which players can unlock starting this Thursday simply by playing GTA Online. After this, the mask will be added to your wardrobe in Red Dead Online within 24 hours.

For more details and media on all of the content listed above (and more), be sure to check out Rockstar Games’ new blogpost by clicking right here. Meanwhile, for more news, rumors, leaks, media, and information on Red Dead Online — which is available to anyone who owns Red Dead Redemption 2 on PS4 and Xbox One — click here.