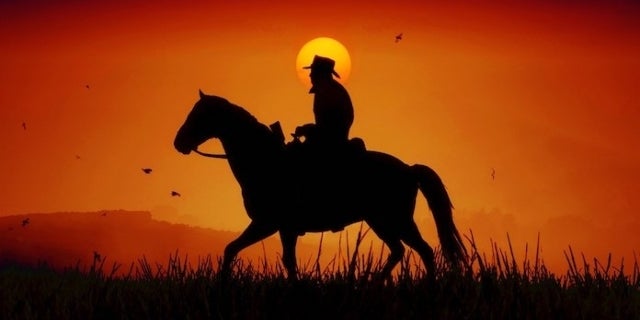 One of Red Dead Redemption 2‘s biggest mysteries has been solved, more than a year after the game released on PS4 and Xbox One. The mystery? The mysterious disappearance of Princess Isabeau Katharina Zinsmeister. The mystery was cracked by a PC player who ran through the games files to find the character, and then ran a mod to play as her. Turns out the young royal princess is in the game, though she’s not so little anymore.

For those that don’t know: one of the game’s big unsolved mysteries is the mysterious disappearance of Princess Isabeau Katharina Zinmeister, a member of the Luxembourg royal family that disappeared 15 years prior while on a trip in America. In the game, you can find her missing poster and even hints of where she was last seen, but up until now, no player has ever been able to track down the princess, leading many to believe it was a dead end. But it’s not. The princess is in the game, though she’s much older now.

As you can see in the video below, it’s not immediately clear the character found is the princess, but it is. Upon closer inspection, the character has the same specific birthmark the missing posters mention.

SPOILERS IKZ is in the game files, Using mods to play as her. This is what she looks like. from r/reddeadredemption

0commentsNow, it’s unclear what’s going on here. It’s quite possible this is just a very deeply hidden easter egg. Rockstar Games is known to do this with its games. It’s also possible there’s cut content in play, or content simply added to the game’s PC version. In other words, maybe there was mission involving the princess, but it didn’t make the final cut of the game. However, pieces of the mission — the missing poster, character dialogue, etc. — was left in the game by design or by accident. Whatever the case, it’s great to finally get closure on one of the game’s biggest mysteries.

Red Dead Redemption 2 is available for PC, PS4, and Xbox One. For more news, rumors, leaks, media, and information on the game, be sure to peep all of our previous and extensive coverage of it by clicking right here.

Ninja Gets Emotional Revealing What He Misses About Fortnite
DC’s next YA GN, NUBIA: REAL ONE, brings Wonder Woman’s sister to a new audience
PlayStation Announces The Last of Us Part 2 State of Play
HENRY CAVILL in Talks to Return as SUPERMAN – Report
STAR WARS: THE HIGH REPUBLIC rescheduled to January 2021