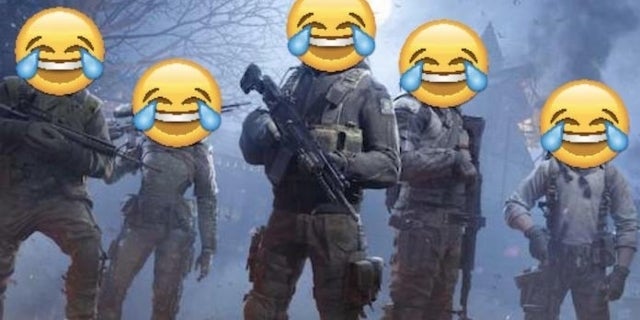 Call of Duty: Modern Warfare on PS4, Xbox One, and PC has brought trash talking back to the series. Granted it’s nowhere near the levels of Call of Duty: Modern Warfare 2 or even the first Black Ops, however, if you’ve played even a decent amount of the first-person shooter online you have probably heard an equal amount of trash talking. That said, trash talking is a dangerous game. The combination of trash talk and doing well is a powerful one, but it’s risky, because if you trash talk and lose, well, you’re going to pay for it.

Most trash talking in online games will happen during or after a match. However, some bold trash talkers will kick it off right at the bat, the riskiest type of trash talk. Because, again, if things don’t go your way, you’re basically going to hear about it the rest of your life. And that’s exactly what happened to two players recently, who, before a round of Gunfight, gave the classic “GG” in advance, implying they were about to clean up the other team. Except they didn’t, and the result is a three-minute viral Reddit video that’s the perfect reminder that “GG in advance” is a dangerous game (WARNING: the following video contains explicit language).

Before the game they said: “you’re going to f**king lose and GG in advance” from r/modernwarfare

As you can see, the team trash talking in the beginning got absolutely annihilated. Interestingly, everyone was good sports about it at the end. In other words, it was more wholesome trash talk than the purely toxic stuff you hear from a lot of players.
0commentsCall of Duty: Modern Warfare is available for PS4, Xbox One, and PC. For more news, rumors, leaks, media, and information on the game, be sure to peep all of our previous and extensive coverage of the title by clicking right here.

“Call of Duty: Modern Warfare, like most Call of Duty games, set out on a mission to be different from the series’ past,” reads the opening of our official review of the game. “Or rather, it wanted to be more of the same, more of the good old days, if that was the type of Call of Duty you were most familiar with. Gone was the futuristic, arcade-style gameplay that’s now been replaced with a more grounded and realistic approach to a first-person shooter that’s been likened more to Battlefield with a Call of Duty sheen to it. The result of this remodeling of the series resulted in a triumphant success for the franchise that builds on a classic experience and offers the best Call of Duty game in a long time even if it does experience familiar stumbles at times.”