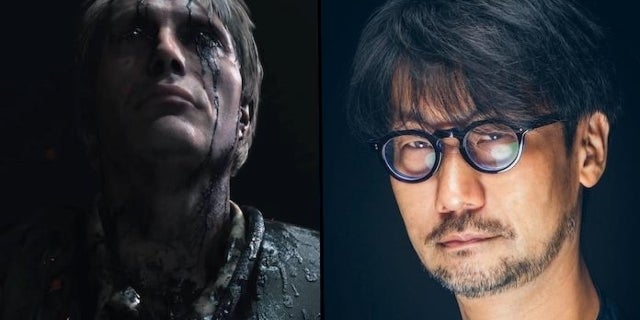 Death Stranding on PS4 is one of the weirdest games I’ve ever played. Big AAA games with this level of marketing behind them rarely get the opportunity to take one risk, let alone one million risks. As you may know, Kojima has been making weird games for essentially his entire career, and it’s a big reason why he has the cult-following he does. That said, why does he make such weird games? Well, according to Kojima, it’s partially because people think and talk about weird games far longer than games that take less risks and appeal to the mainstream appetite more.

“I think simplicity is good, but it gets consumed very quickly,” said Kojima during a recent BAFTA panel (transcribed by Metal Gear Informer). “It’s like food: anything that’s really digestible, it just goes out. […] And it doesn’t remain in the body. But something that’s awkward, that is not really digestible, it remains in your body. And you don’t know what it is. And human has this intellectual feeling that kind of lingers: what is this? Like for instance a movie, if that lingers in you, you watch it again over and over, or you talk with your friends about them, what was that about? Or maybe take time to rewatch again, or rethink of it again. And you kind of start to understand the real meaning. And it begins to be a real body, your blood and meat. And it remains in your body fluid, and not just comes out. And I want to create that kind of thing.”

“I grew up watching movies or things like that, so I just do that in games. Everyone says it’s complicated, but I think everyone should just keep it and maybe nourish it for five or ten years, and maybe they will start to understand. And I really want to create those kind of things.”

According to Kojima, experimentation is key to growing. Not only does making something new allow Kojima to grow, but when a player gets to experience some truly unique, they grow. That said, Kojima isn’t interested in being weird just for the sake of being weird. In fact, he never wants to create anything less than great. In other words, he doesn’t just want to give players something to chew on, he wants to give them something delicious to chew on.

“I think stimulation is needed to grow,” said Kojima. “You kind of find out things you don’t know, that’s why you grow. So anything you know, or anything [that’s] easy to eat, you won’t grow. Or your brain won’t grow. It won’t be an experience. So sometimes I want people to kind of eat something that is not really easy to digest. […] But I really want to make that thing delicious, mind you.”

If you’ve been reading the discourse around Death Stranding, you’ll know that while there’s plenty of people saying Kojima succeeded in doing this, there’s also many suggesting there’s not much to chew on, and what is there isn’t very delicious. The game’s divisive, which is inevitable when mainstream appeal and conventional design takes backseat to concept and experimentation.
0comments“Most big-budget games just don’t take risks these days,” reads a snippet from our review of the game. “With Death Stranding, Kojima has taken one million risks, and virtually all of them pay off. Like the box art says, it’s ‘a Hideo Kojima game,’ and there’s nothing else quite like it.”

Death Stranding is available for PS4, and is set to come to PC sometime in 2020.