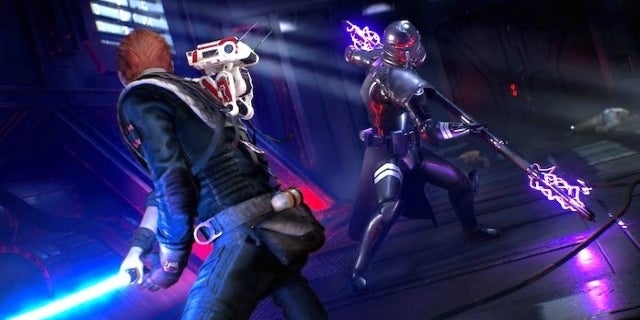 Initially, Star Wars Jedi: Fallen Order on PS4, Xbox One, and PC didn’t have difficulty options, which was exciting news to many fans. While it’s certainly a contentious belief, many believe that a game with no difficulty options usually features combat and difficulty design. Whether this is true or not, probably not, but said fans will be disappointed to hear the game now has difficulty options in order to make the title more accessible to a wider range of players. And this is smart, after all this is a Star Wars game, which will certainly attract a more mainstream audience with a huge range of gaming experience.

According to creative director Stig Asmussen, most people on the team at Respawn Entertainment are fans of a challenge, but the game isn’t being made for them or hardcore gamers in agreement. It’s being made for Star Wars fans.

So, as a result, the game will have three difficulty options. One that sounds like it will have minimal challenge. This one is for players who just want to experience the story. Then there will be the default mode, which isn’t as hard as it used to be. And then lastly there will be a hard mode, which Asmussen suggests is harder than the game was before difficulty options were added.
0comments“Since E3 we’ve done a lot of playtesting – we did playtesting before E3, but we’ve done a lot since,” said Asmussen while speaking to Eurogamer. “And probably the biggest change that we’ve made is difficulty in the game. Most of us at work like a challenge, but we recognise this is Star Wars, [which has] a huge audience, we don’t want anybody to feel left out. So we made some adjustments, we added a new story difficulty mode, overall we kind of tweaked things down a little bit for our default mode. And then we made an even harder mode. And all that was influenced by what we were finding in the playtesting, and iteration.”

Star Wars Jedi: Fallen Order is in development for PS4, PC, and Xbox One, and is poised to release worldwide later this week on November 15. For more news, media, leaks, rumors, and information on the game, be sure to take a quick gander at all of our previous and extensive coverage of the title by clicking right here.