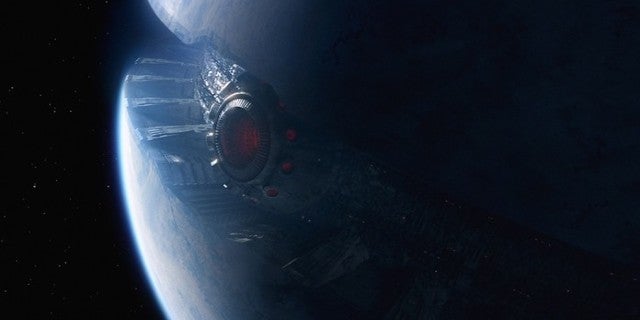 With the release of the sequel trilogy, the Star Wars franchise has charted a brand new path in the galaxy far, far away. But with all of the new characters and new battles taking place between the Light and Dark sides of the Force, there are also a lot of questions about what happened in the saga since the events of Star Wars: Return of the Jedi — especially when it comes to the rise of the First Order and how they amassed so much power. But one of the bigger questions has to do with the creation of Starkiller Base in Star Wars: The Force Awakens and where it came from.

This week sees the release of Star Wars Jedi: Fallen Order, a brand new video game that takes place before the events of Rogue One: A Star Wars Story. And this game reportedly reveals the origins of the Dark side’s massive weapon.

According to a user on Reddit’s Star Wars Leaks sub, people who have already gotten their hands on the game and data-mined the files, learning that the planet Ilum will be a major location in the game. And according to users, the Empire’s mining efforts on the planet make it look much like Starkiller Base looks in the sequel trilogy.

Star Wars lore has featured Ilum before, especially as made canon in Star Wars: The Clone Wars animated series. In that, Ilum is a sacred planet much like Jedha in Rogue One, with many Kyber crystals being produced as part of the natural ecosystem.

Young Padawans are sent to the planet as part of their journeys, many of them finding the Kyber crystals that will power their lightsabers in the process.
0commentsMany fan theories have pointed toward the First Order taking over Ilum and using it as the foundation for Starkiller Base. The fact that Kyber crystals powered the Empire’s major super weapons with the Death Stars was the biggest indicator, so it makes sense that another source of those powerful artifacts is behind the First Order’s own machine.

We’ll find out how Ilum plays a role in the Empire’s history when Star Wars Jedi: Fallen Order releases in for Xbox One, PS4, and PC this Friday, November 15th.