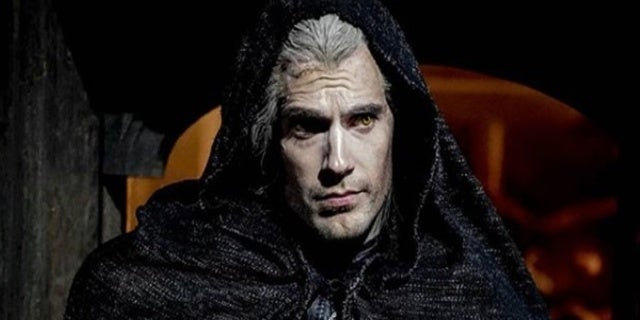 Fans who have been looking forward to Netflix’s upcoming adaptation of The Witcher got a nice surprise recently when Netflix renewed the show for a second season ahead of its first season debut. That suggests Netflix likes what it has seen so far, and the cast and crew couldn’t be more thrilled to explore more of this world. That, of course, includes Henry Cavill, who will be bringing Geralt of Rivia to life in the show, and he decided to celebrate the renewal with a new photo from the show. It turns out the photo is one of his personal favorites, and you can check it out below.

The photo features Cavill in full Witcher gear, though he seems to be trying to mix in, as he is wearing a black cloak with a hood, which covers most of his armor and his trademark long grey hair. That said, you can still see his Witcher medallion hanging around his neck, and you can see it for yourself below.

Along with the photo, Cavill added the caption “As you may have heard, Season 2 of The Witcher has been announced! To mark the occasion I thought I’d share one of my favourite shots from my Season 1 personal collection. #Geralt #TheWitcher #Season2 #Netflix.”

Cavill is a big fan of The Witcher games and world, and it shows in his enthusiasm and embracing of the character and show, and we can’t wait to see the finished product.

You can find the official description for Netflix‘s The Witcher below.

The Witcher hits Netflix on December 20th, and you can check out more from our Witcher coverage right here. You can also hit me up on Twitter @MattAguilarCB for all things Witcher!

Being Muted in a Game Isn’t a Civil Rights Violation, Says U.S. Federal Court
The Doom Eternal Collector’s Edition is Back for the PS4 and Xbox One
Zelina Vega Stuns with Mortal Kombat Gear for the Royal Rumble
10 Surprises From MARVEL COMICS’ April 2020 Solicitations
Recap: ARROW S8E9 – “Green Arrow & The Canaries”