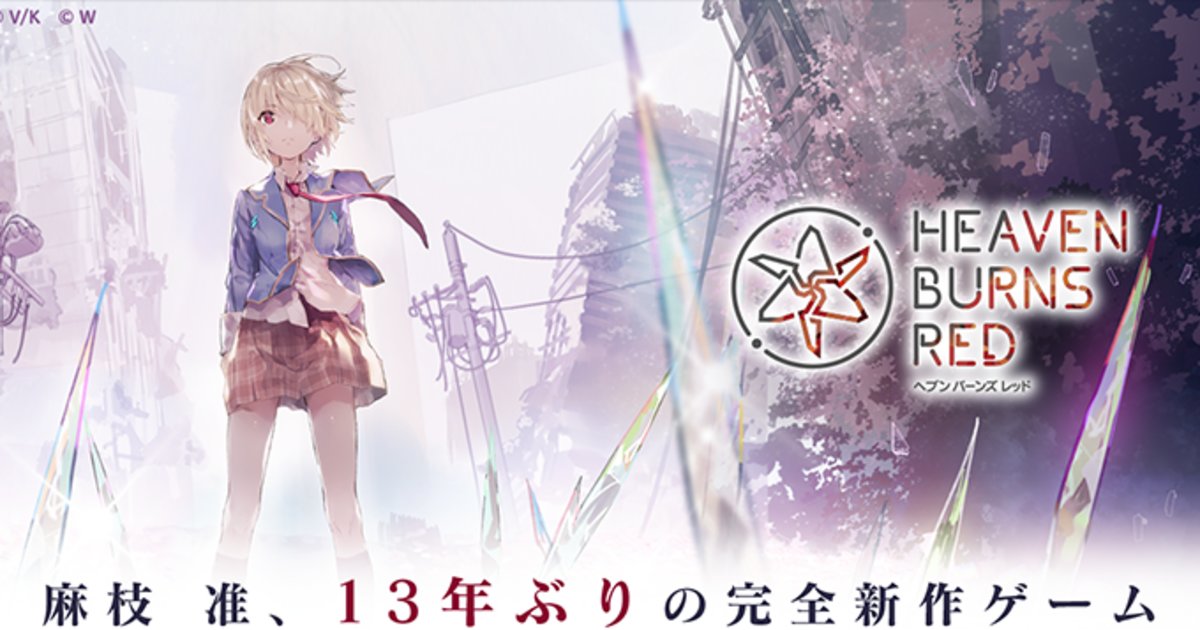 Produced by Key and WFS, it will be released for iOS and Android in 2020. Yuugen is handling character design based on Na-ga, Humuyun, and Maroyaka’s original designs. As well as providing the original story and being the main scenario writer, Maeda will also produce the music.

In conjunction with the announcement, the studio has launched an official Twitter and teaser site, where fans can hear the theme song, “Before I Rise”, by Maeda and yanaginagi.

Heaven Burns Red will be released on iOS and Android in 2020.