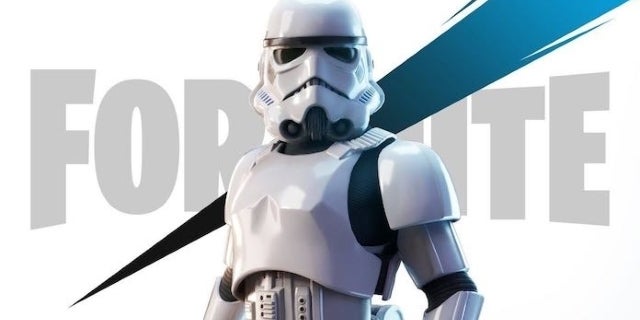 Seeing Star Wars skins added to Fortnite through a crossover event is one thing and is honestly more than most Fortnite players ever thought would happen, but it looks like the collaboration isn’t done yet. Fortnite players have noticed new posters and other ads appearing within the games map that advertise an “exclusive scene premiere” that’ll show players a scene from the upcoming Star Wars: The Rise of Skywalker. The scene will be played on December 14th at 2 p.m. ET at the game’s Risky Reels location with doors opening 30 minutes prior to the event, and J.J. Abrams will apparently be in attendance somehow as well.

If the crossover still seems unlikely even after hearing the details, Fortnite has the proof in the posters to show that it’s real. Images and videos like the ones below have been shared online in the buildup to the event that takes place exactly one week from today and six days prior to the release of The Rise of Skywalker. Fortnite often hosts “live” events where players miss what’s happening if they’re not there when the action starts, and it looks like this’ll be one of those events once again.

The posters below have popped up around Fortnite’s map to advertise the event, and if you head to Risky Reels now to see what the setup will look like, you’ll find the standard movie screen there that’s now playing an ad to alert players of the news.

Marshmello held a live concert in Fortnite earlier in the year, so one would imagine J.J. Abrams will be featured in a similar way to present the clip as it plays. It’s unclear now how he’ll be at the event, but this looks like it’ll be quite the occasion regardless.

For Star Wars fans who want to see the clip but don’t play Fortnite, you’ll be able to watch it pretty much all over the place right after since players will be uploading their own videos of it. You’ll also be able to watch it as it happens if there’s a streamer that you’re fond of because you can guarantee that they’ll be there streaming it. Fortnite leaks and datamines do happen often though, and cinematics are sometimes revealed prior to their official in-game debut, so one has to wonder if this type of thing could happen to an exclusive Star Wars clip.
0commentsFortnite and Star Wars had its first crossover in November when Stormtrooper skins and other cosmetics were added to the game.

Fortnite’s Star Wars: The Rise of Skywalker event will take place on December 14th when the exclusive scene airs at 2 p.m. ET.