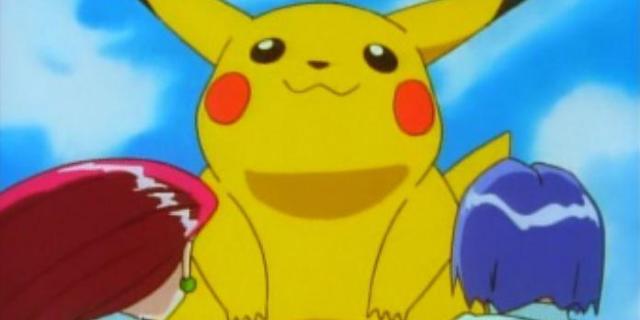 Pikachu ain’t the little Pikachu you knew growing up playing and watching Pokemon. He’s a unit now, and apparently he’s so bulky that it’s becoming debilitating. For example, Pikachu can’t even fit through doors anymore! Forget trying to get him in a poke ball. You’re probably going to need a special gigantamax ball for this Pikachu. Unfortunately though, he’s difficult to find in the first place. He could be trapped in any doorway in Japan. So if you intend on catching him, you’re going to need to a whole lot of time and a big ol’ master ball.

A normal Pikachu is usually and roughly 13.2 pounds, but not the Pikachu in Japan. That said, while these monsters are elusive, once you find one they are hard to miss, because they are usually blocking the exit. Recently, somebody captured four rare photos of big Pikachu in Japan. As you would expect, these photos went viral online.

He try his best but he can’t fit pic.twitter.com/S6pmNuMlGE

— Pikachu stole all my gifts and called me a bitch (@FizzySodaWave) December 5, 2019