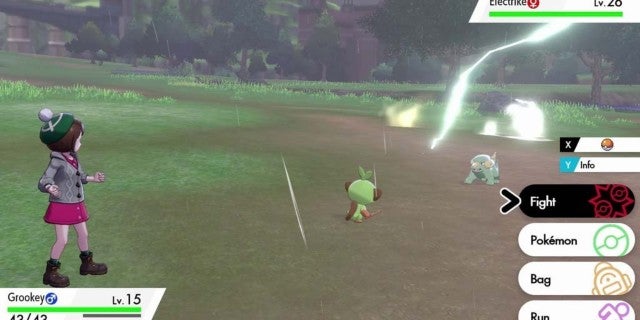 Pokemon Sword and Shield has reduced the buff that moves get when used in certain types of terrain. Pokemon players have discovered that moves boosted by certain kinds of terrain only do 30% more damage instead of 50% more damage. While Pokemon Sword and Shield came out almost a month ago, players only recently noticed the nerf. Terrain is a relatively new mechanic to Pokemon games, having first been introduced in Pokemon X and Y. Pokemon can transform the battlefield into one four different types of terrains, each of which comes with its own benefits. Electric Terrain, Grass Terrain, and Psychic Terrain all boosts different kinds of moves.

While Game Freak rarely explains why they adjust certain mechanics from generation to generation, terrain likely got a “nerf” due to the Dynamax mechanic. When a Pokemon is Dynamaxed, their moves can automatically change the terrain in addition addition to doing damage. To prevent some of these Dynamax moves from getting too powerful, Game Freak might have dialed back terrain’s effectiveness now that it will be in play more often.
0commentsWhile not as powerful as before, terrain is still a useful tool, especially when it doesn’t cost an extra move to set up. The other effects of terrain were not affected by the nerf. Electric Terrain still prevents Pokemon from falling asleep, Grassy Terrain still restores a portion of a Pokemon’s health and reduces the power of certain Ground-type moves, and Psychic Terrain still negates moves with priority boosts. Misty Terrain also still nerfs Dragon-type moves and prevents all status conditions.

What do you think of the change to terrains? Let us know in the comment section or find me on Twitter at @CHofferCBus to chat all things Pokemon!