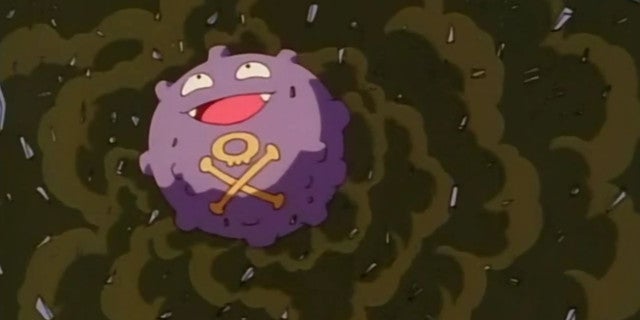 Hard as it might be for younger Pokemon fans to believe, Koffing was once one of the bigger faces of the Pokemon franchise. As a Pokemon used by Team Rocket’s James in the earliest days of the anime, the creature once featured across a multitude of media as one of the “villains” of the franchise. Heck, it even had its own Pez Dispenser! Unfortunately, the Poison-type Pokemon hasn’t gotten as much love of late. In fact, the character’s Shiny sprite even had a minor error in Pokemon Go that went unnoticed by developer Niantic for months. In the game, the gas that Shiny Koffing emitted came out in two different colors. Apparently, however, Ninatic has now fixed the error.

Shiny Koffing’s Gas Emission has finally been fixed. from r/TheSilphRoad

The adjustment was revealed on the Reddit page for The Silph Road, where a number of commenters have pointed out that the old “error” actually looked kind of neat. In fact, most players probably assumed it was an intentional design choice, given the special nature of Shiny Pokemon. It’s all a matter of preference, but it’s a minor change in the grand scheme of things, and one that brings the mobile title more in line with the designs in the console Pokemon games.

Despite the fact that James hasn’t had Koffing or Weezing for quite some time, the Pokemon is still closely associated with Team Rocket. Koffing’s Shiny form was added to Pokemon Go back in July as part of an event focused on the villainous group. As a result, spawn rates for Koffing and its frequent anime partner Ekans greatly increased during the length of the event, and Shiny forms were easier to come by.

Perhaps Niantic’s willingness to update the sprite will herald a return to Koffing’s former days of glory. After all, the creature did just get a new evolution in the form of Galarian Weezing in Pokemon Sword and Shield. Perhaps it will return to a starring role in the anime, and become one of the franchise’s “villains” once again! Of course, as Koffing itself once pointed out in the anime, Pokemon are never truly “bad guys,” it’s just their trainer that makes them do bad things.

Are you a fan of Koffing? Does the Pokemon deserve a chance to return to the spotlight? Let us know in the comments or share your thoughts directly on Twitter at @Marcdachamp to talk all things gaming!