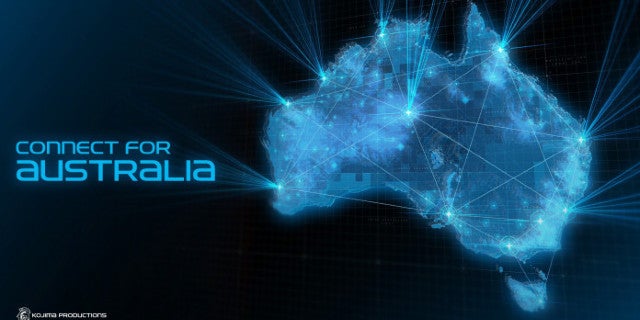 Over the last few months, bushfires have plagued Australia, resulting in the deaths of more than one billion animals. Publisher Kojima Productions has joined the relief effort with a pair of items being sold to raise money for charity. For $25, fans can purchase a Connect For Australia t-shirt. For a donation as low as $1 or as high as $50, PlayStation 4 owners can receive a Connect For Australia avatar. The avatar is only available for sale through February 29th, and the code will only be redeemable through March 31st, at the PlayStation Store.

All profits from the sale of the two items will benefit the Royal Society for the Prevention of Cruelty to Animals (RSPCA), Australian branch. Founded in 1981, RSPCA Australia oversees branches in each of the Australian states and territories. Since the wildfires began, RSPCA has worked to evacuate animals from beleaguered areas, and sending veterinarians into areas cleared from the fires.

Kojima Productions is not the only video game publisher making an effort to donate to Australian bushfire relief. Last month, Tate Multimedia donated 100% of Steam profits for Kao the Kangaroo: Round 2 to the charity WIRES, Wildlife Information, Education and Rescue Services. During the 10-day campaign, the publisher sold 2,542 copies of the game, raising $3715 for the charity.

We here at Kojima Productions wanted to help Australia recover from the bushfires that began at the end of last year. For eligible products, proceeds will be donated to The Royal Society for the Prevention of Cruelty to Animals (RSPCA), Australian branch.https://t.co/ZUImJZX3lH pic.twitter.com/mKrDifhC4C
— Kojima Productions (@KojiPro2015_EN) February 10, 2020

0commentsIt’s certainly nice to see Kojima Productions doing their part to help with bushfire relief, and it will be interesting to see if more video game publishers follow suit. Given the profound impact the bushfires have had on Australia’s animal population, the RSPCA is a terrific cause. While sales of the PS4 avatar will only continue through the end of February, no end date has been given for sales of the Connect For Australia t-shirt, though Kojima Productions website lists it as a “unique limited-time offering.” The t-shirt is only available through the site.

Do you plan on purchasing either of the items? Have you donated to Australian bushfire relief? Let us know in the comments or share your thoughts directly on Twitter at @Marcdachamp to talk all things gaming!