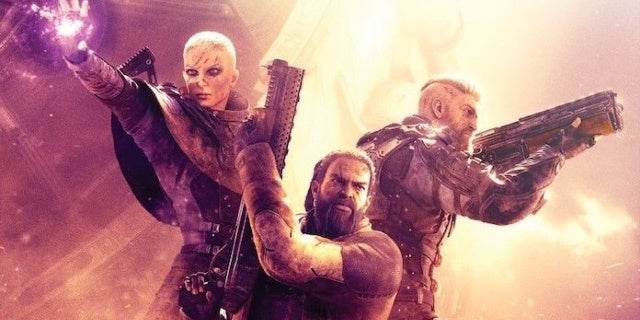 Today, developer People Can Fly and publisher Square Enix announced that the former’s cooperative RPG shooter, Outriders, has been delayed from its summer release window to “holiday 2020.” Further, in addition to PS4, Xbox One, and PC, the game is now also coming to PS5 and Xbox Series X. To accompany all of this news, the pair have also revealed a new trailer of the game, and our first proper look at the title. And according to the trailer, footage is a mixture of gameplay, cinematics, and game-engine capture, meaning it’s not representative of its final quality.

Unfortunately, if you’re looking for a raw look at the title’s gameplay, you’re going to have to wait until February 13, when, at 3:00 p.m. EST, game director Bartek Kmita, lead writer Joshua Rubin, and host Malik Forte will host a reveal live stream on Twitch.

For those that don’t know: People Can Fly is a Polish studio founded in 2002. It’s best-known for Gears of War: Judgement and Bulletstorm. Outriders is notably the studio’s first original IP since Bulletstorm, which is widely considered its best game to date. In other words, while there isn’t much hype behind this game yet, there are fans of the studio eager to see more.

Outriders is in development for PC, PS4, PS5, Xbox One, and Xbox Series. At the moment, it’s slated to release sometime holiday 2020, fueling speculation that it will be a launch game for the next-gen PlayStation and Xbox consoles.

“Outriders is an RPG shooter set in an original, dark and desperate sci-fi universe,” reads an official elevator pitch of the game. “As mankind bleeds out in the trenches of Enoch, you’ll create your own Outrider and embark on a journey across a hostile planet. With rich storytelling spanning a diverse world, you’ll leave behind the slums and shanty towns of the First City and traverse forests, mountains and deserts in pursuit of a mysterious signal. Combining intense gunplay with violent powers, along with an arsenal of increasingly twisted weaponry and gear-sets, Outriders offers countless hours of gameplay from one of the finest shooter studios in the industry.”