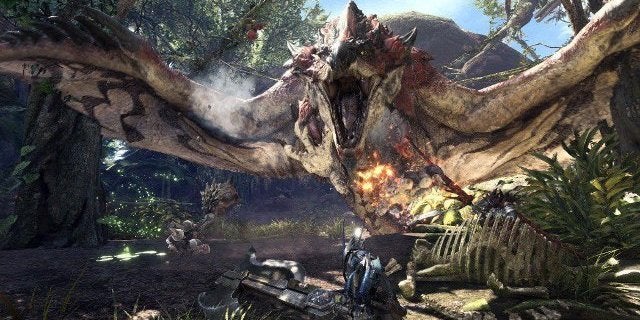 In Capcom’s Monster Hunter franchise, players have a lot of customization options. As such, it would be hard for a cosplayer to choose an armor set that’s immediately recognizable to most gamers. Of course, the Rathalos armor is a notable exception. Modeled after the franchise’s most iconic monster, the Rathalos armor is one of the most popular armor sets in the game, and it’s the one that cosplayer Sara Martin Aylin has amazingly brought to life in a photo set published to Instagram. The level of detail in the armor set is truly astounding, which isn’t surprising considering the cosplayer spent seven months putting it all together!

Introduced in 2004, the Monster Hunter franchise quickly became Capcom’s second biggest series, after Resident Evil. In the action-RPG franchise, players are tasked with hunting monsters in order to protect villages, or just to learn more about the various creatures inhabiting the world. As players accomplish more tasks, they are able to unlock and forge new and more powerful weapons and armor sets, including the Rathalos set depicted in the photos below. The armor is one of the most powerful sets in the games.

The Rathalos armor is so popular that it has appeared in numerous places outside the Monster Hunter games. A Mii Fighter costume of the armor was made available in Super Smash Bros. Ultimate, and fans can even acquire a Nendoroid figure of a hunter wearing the armor set.

A live-action film based on the Monster Hunter franchise is set to release later this year starring Milla Jovovich. As of this writing, little has been revealed about the upcoming film, but it will be interesting to see how the movie brings to life elements from the games. It will certainly be interesting to see if the armor in the film looks nearly as faithful as the one created by Sarah Martin Aylin!

What do you think of the Rathalos armor cosplay? Are you a fan of Capcom’s Monster Hunter franchise? Let us know in the comments or share your thoughts directly on Twitter at @Marcdachamp to talk all things gaming!