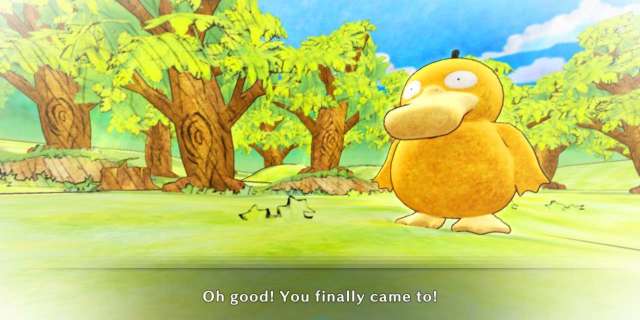 In just a few short weeks, Pokemon Mystery Dungeon: Rescue Team DX will arrive on Nintendo Switch. As such, fans are likely gearing up to figure out the best possible place to pre-order the game. At this time, brick-and-mortar stores in North America aren’t offering up anything, but Nintendo has announced a nice little incentive for those who decide to snag the digital version on eShop. While the game would normally be eligible for 300 Gold Coins, Nintendo has doubled the amount for those who pre-purchase the title. 600 Gold Coins translates to $6, which Switch owners can then use towards a different eShop purchase.

Overall, it’s not a very exciting pre-order bonus, but it’s certainly practical, and it’s better than nothing! Other territories are getting different pre-order incentives; the Nintendo UK Store is offering a poster, which features the game’s cover art. Unsurprisingly, Japanese retailers are getting a number of much cooler bonuses, including keychains, a handkerchief, postcards and more. The most notable bonus, however, is a Pokemon TCG card featuring Pikachu in the game’s new art style! It seems likely that will eventually end up in North America, but an announcement has not been made, at this time.

Pokemon Mystery Dungeon: Rescue Team DX is a remake of the first game in the spin-off franchise. That particular title released in two versions when it first came out back in 2005: Red Rescue Team and Blue Rescue Team. The remake’s watercolor-inspired graphics are easily the most noticeable deviation from the original game, but the title will come with other changes, as well, including elements that weren’t present in the Pokemon franchise when the original Mystery Dungeon released.

Curious about #PokemonMysteryDungeonDX? A demo is available now & you’ll be able to transfer your save file to the full version!
Even better, pre-purchase the full game by 3/5 & you’ll receive double My Nintendo Gold Points.https://t.co/TG5OtAAerv pic.twitter.com/sOMT7NupXM
— Nintendo of America (@NintendoAmerica) February 12, 2020

0commentsIn order to receive the bonus, players must pre-purchase the game on eShop by March 5th, which is one day before the game’s official release date. That means that fans holding out hope for a better pre-order bonus have a little more time to wait and see.

Are you excited for Pokemon Mystery Dungeon: Rescue Team DX? Do you plan on pre-purchasing the game on eShop? Let us know in the comments or share your thoughts directly on Twitter at @Marcdachamp to talk all things gaming!