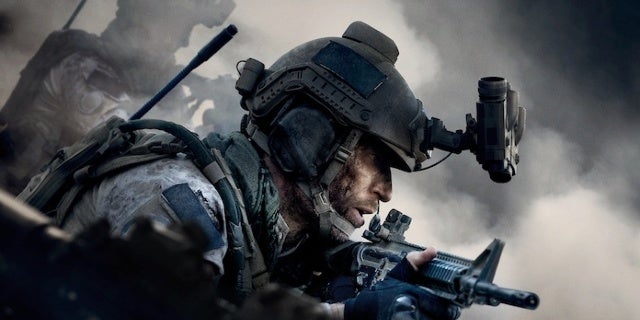 Call of Duty: Modern Warfare Season 2 hit PS4, Xbox One, and PC this week, and many expected it would come accompanied by a battle royale mode, but it didn’t. However, it looks like that will change very soon. Not only are there a plethora of rumors and reports suggesting there’s a battle royale mode coming and coming soon, but there’s been multiple leaks revealing its gameplay, vehicles, map, and more. That all said, like clockwork, another leak has surfaced, and this one seems to reveal the mode’s equipment.

As you may know, a glitch has been putting players in the mode’s lobby, and while no one can get into a match, they are able to explore some menus and the aforementioned training area. And within these menus is mention of the following equipment:

Interestingly, it looks like players will earn money by completing in-game objectives, which then can be spent at the supply station, or at least that’s what the above screenshot seems to suggest.

Of course, all of this should still be taken with a grain of salt. While this screenshot is obviously real, who knows what Infinity Ward may change before launch.

Call of Duty: Modern Warfare is available for PS4, Xbox One, and PC. At the moment of publishing, there’s been no official word of a battle royale mode, but at this point, it not only looks like the mode is coming, but is imminent. That said, while you wait for Warzone to release, don’t forget there’s plenty of games dropping this week, all of which you can read about courtesy of our latest “Out This Week” article.

For more news, media, rumors, and leaks on best-selling first-person shooter, be sure to take a second and peruse all of our past and recent coverage of the title by clicking right here. Meanwhile, as always, feel free to drop a comment or two with your thoughts or, alternatively, hit me up on Twitter @Tyler_Fischer_ and let me know over there.