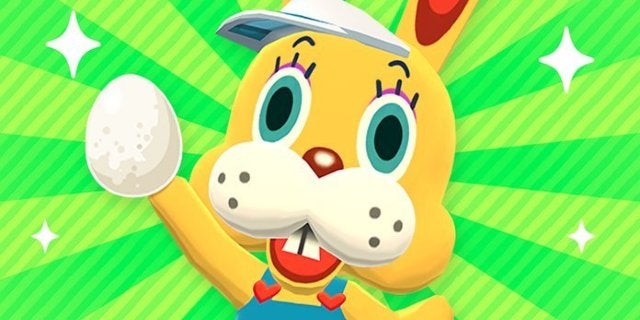 While the coronavirus pandemic has had a major impact on the video game industry as a whole, COVID-19 could have a drastic effect on a number of games in the near future. One such game is Animal Crossing: New Horizons. Several publishers have implemented work-from-home policies during the pandemic, but others have not. In Japan, Nintendo remains open, and employees are still coming in to do their work, but that could change in the future. In an interview with The Washington Post, director Aya Kyogoku discussed how the virus could result in new updates for the game getting delayed.

“We’re not sure if we have to shift anything, but I think we have to be flexible,” Kyogoku said to the Post.

Of course, a shift could have an impact on holidays in the game. Since the very beginning of the series, one element that keeps players revisiting the game throughout the year is the way that holidays are celebrated in-game. However, Animal Crossing: New Horizons is a bit different from other games in the series. While previous titles like New Leaf had the holiday content included on the game’s cartridge, Nintendo specifically made holidays an update in the game this time, likely in order to prevent “time travelers” from spoiling holiday events before they were meant to happen. While the idea was a sound one, this could also mean that certain updates for holidays could be cancelled as a result of the pandemic.

The news will likely cause some frustration for fans. Unfortunately, it seems likely that this sort of delay or cancellation could become common for a lot of games in the coming months. It’s hard to know just how equipped most publishers and developers are to work remotely, and a lot of content across the board could be impacted.

At the end of the day, Nintendo must do whatever is necessary for the safety of their employees. The update for Animal Crossing: New Horizons has already added Bunny Day content for the month of April, so fans might not have to worry too much, just yet. Fortunately, the game already has a plethora of content, which should keep fans busy for the foreseeable future.

Are you concerned with Animal Crossing post-launch content seeing a delay? Are you excited for Bunny Day next month? Let us know in the comments or share your thoughts directly on Twitter at @Marcdachamp to talk all things gaming!
Did you know ComicBook.com has a Pokemon podcast? That’s right folks, A Wild Podcast Has Appeared is available every Thursday bringing you the best breakdowns of the week’s biggest news from Jim Viscardi, Megan Peters & Christian Hoffer. Catch the newest episode right here or subscribe on iTunes today!

How comics publishers are responding to the COVID-19 pandemic – an updated list
Bleeding Edge Review: A Frenzied, Frustrating Start to a Franchise
Recap: THE WALKING DEAD S10E12, “Walk With Us”
Fantasy Worlds of Light & Shadow Drawn With a Delicate Touch – Sales Begin For Reproduction Art Prints by Satoshi Bouno
DARK HORSE Vows Not to Release New Comic Books Digitally Until Print Distribution Resumes