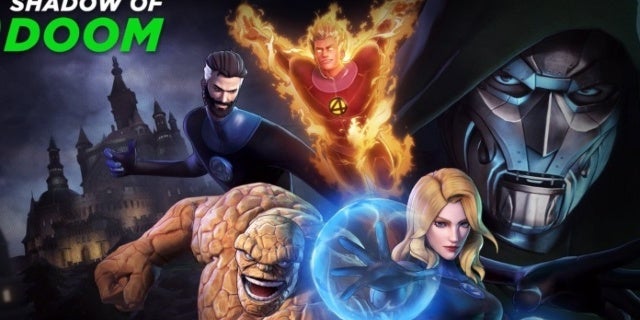 Gaming
Share on Facebook
Share on Twitter
Share on Google+
Share on Pinterest
Share on LinkedIn
If you’re somehow not already aware, the next piece of downloadable content for Marvel Ultimate Alliance 3: The Black Order is set to release tomorrow, March 26th. The DLC, Fantastic Four: Shadow of Doom, brings with it a number of different DLC costumes in addition to new playable characters, a post-game story, and more. But, if you’re just wondering what’s new, we’ve cobbled together all of the different DLC costumes — both the free ones and those available to Expansion Pass owners — in addition to the patch notes so that you know what to expect when you launch the game this week.

Here are the 4.0.0 patch notes, which previously appeared on Nintendo’s official website little early, as we reported earlier today:

It’s still currently unclear exactly what is included as part of the new DLC, at least in total. Previously released art shows Doctor Doom, Mister Fantastic, Human Torch, Thing, and Invisible Woman and what appears to be Doom’s castle in the background, indicating that these are the various characters set to be included as playable. And the latest set of DLC costumes seems to confirm this as they are for the classic Fantastic Four and Doom.

What do you think of the Marvel Ultimate Alliance 3: The Black Order DLC so far? Are you excited to check out Fantastic Four: Shadow of Doom when it releases in a few days? Let us know in the comments, or hit me up directly on Twitter at @rollinbishop to talk all things gaming!

Keep reading to see all the DLC costumes that have been confirmed for the game over the past week and some!

Guardians of the Galaxy