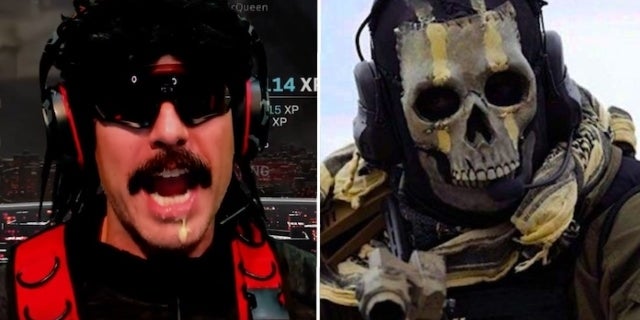 Call of Duty: Warzone is one of the biggest games in the world right now. Despite its issues — like game-breaking bugs — PS4, Xbox One, and PC players are flocking to the free-to-play title. Included in this wave have been Call of Duty: Modern Warfare players, casual gamers, those who haven’t touched the series in awhile, and of course streamers. If a game is hot, you can bet streamers are playing it. One of the most popular streamers playing a ton of it is Dr Disrespect, who primarily focuses on multiplayer games, which includes diving into a lot of battle royale experiences.

That said, while the Two-Time was smitten on the game at launch, this isn’t the case anymore. In fact, it seems Doc is just about done with the battle royale game, which he thinks is “phony” and designed for children.

“I’m getting real f*****g close to deleting this piece of st. Like I really am,” said Dr Disrespect, during a recent stream. Like what the fk phony game am I playing right now? What is this game designed for 2 year olds? Huh? What is this… How can I take it seriously?” [3:22:30]

If you watch a lot of Dr Disrespect, you’ll know this isn’t the only time he’s popped off on the game recently. After coming out second best in a one vs. one, he had the following to say:

Dr Disrespect continued by noting that the opponent’s servers were clearly impacting the encounter, and for reasons like this the game can’t be taken seriously [1:00:10]

Call of Duty: Warzone is available, for free, via the PS4, Xbox One, and PC. For more news, media, rumors, and leaks on the game, be sure to take a second and peruse all of our past and recent coverage of the title by clicking right here. Meanwhile, as always, feel free to drop a comment or two with your thoughts or, alternatively, hit me up on Twitter @Tyler_Fischer_ and let me know over there. Do you agree with Dr Disrespect’s take here?
Did you know ComicBook.com has a Pokemon podcast? That’s right folks, A Wild Podcast Has Appeared is available every Thursday bringing you the best breakdowns of the week’s biggest news from Jim Viscardi, Megan Peters & Christian Hoffer. Catch the newest episode right here or subscribe on iTunes today!