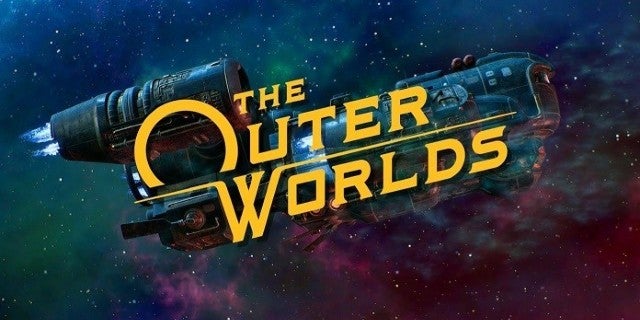 Obsidian Entertainment’s The Outer Worlds will find a new home on the Nintendo Switch this summer when it releases for that platform on June 5th. Nintendo announced the updated release date for the game which was already confirmed to be releasing for the Nintendo Switch but had its release date up in the air after it was delayed due to complications caused by the coronavirus pandemic. The game originally released in October 2019, so those who’ve been holding out to play it on the Nintendo Switch will finally have their shot in the next few months after waiting so long.

Nintendo and Obsidian announced the new release date for The Outer Worlds on Tuesday to say the game would be out both physically and digitally on June 5th. Unlike many new games which release physically nowadays whether it’s an initial release or a port, The Outer Worlds will actually come on a physical cartridge instead of just consisting of a box with a code inside. Those buying the game’s physical version will have an update waiting for them though, so you could always buy the game digitally to download everything at once and get straight to playing upon release.

Good news, spacers! We are planning to open the Halcyon Colony to future employees on the Nintendo Switch on June 5th, 2020. You will soon be able to take #TheOuterWorlds with you on the go to fulfill your work duties! 🚀✨https://t.co/CrL1z0KqLh
— The Outer Worlds (@OuterWorlds) March 31, 2020

“As we prepare for another arrival of new colonists, we have some very important information for those making this journey, specifically for you colonists who prefer your goods in physical form: The retail version The Outer Worlds comes on a physical cartridge, and it will be accompanied by a day one patch that could be up to 6 GB,” Obsidian said. “This patch will optimize gameplay, provide additional hi-res textures, and include other fixes to provide the employees of Halcyon with the best gameplay experience. Please ensure you have planned accordingly and have available space necessary for the patch.”

Before and upon its release, people compared The Outer Worlds to the Fallout franchise given Obsidian’s development history and its strong “Fallout in Space” vibes. Our review of the game that’s seen in full here found those comparisons appropriate but also found that The Outer Worlds was very much it’s own thing.

“To be clear: The Outer Worlds is in no way, shape, or form a Fallout game. It has nothing to do with it,” our review claimed. “But it takes lessons learned from those games and implements them in a way only Obsidian Entertainment could. If there’s to be a successor to that sort of game, an even more modern version, The Outer Worlds is a mighty fine candidate.”

The Outer Worlds releases for the Nintendo Switch on June 5th.
Did you know ComicBook.com has a Pokemon podcast? That’s right folks, A Wild Podcast Has Appeared is available every Thursday bringing you the best breakdowns of the week’s biggest news from Jim Viscardi, Megan Peters & Christian Hoffer. Catch the newest episode right here or subscribe on iTunes today!