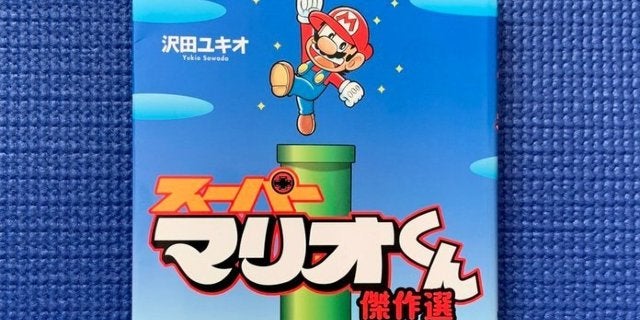 Gaming
Share on Facebook
Share on Twitter
Share on Google+
Share on Pinterest
Share on LinkedIn
It’s been a great week for Mario fans. Yesterday, rumors began to circulate about a handful of 3D Mario games coming to Nintendo Switch. While that alone was exciting enough, today, VIZ Media surprised fans with the announcement of Super Mario Manga Mania, an upcoming compilation of handpicked Super Mario-Kun stories that have thus far remained exclusive to Japan. The announcement came as a major surprise, particularly since the manga has existed since 1991, and this is the first official, English adaptation of the series. As such, fans are quite excited about the collection, though some are a bit hesitant about the “handpicked” aspect.

Are you excited about Super Mario Manga Mania? Do you plan on purchasing the upcoming adaptation? Let us know in the comments or share your thoughts directly on Twitter at @Marcdachamp to talk all things gaming!

Keep reading to find out what fans think about the Super Mario Manga Mania adaptation!

It’s an amazing time to be a Mario fan!

And yet it’s only the 35th anniversary of the series!

Never give up hope!